The Tourist Board of the Municipality of Bol won the sixth prize for the promotional video Bol&Culture from the omnibus campaign Our pain stories. At the International Exhibition of Tourism, Film and Landscape INTERSTAS, which took place last week in Solin, TZO Bola was awarded a festival award "Special recognition 25th ITF' CRO 2022".

As part of INTERSTAS, events are also held International Tourist Film Festival (ITF'CRO), and presentation of Croatian cities and towns for the Golden Flower of Europe award.

"The response to the tourist films was extremely good, as many as 379 from 143 countries arrived", the director of the festival emphasized Vojko Pleština. 397 tourist, travelogue, documentary, cultural-historical and ecological films from 143 countries of the world, from all continents, were submitted to this year's Festival. The awards were chosen by an international jury of experts in six categories.

A special award for the film "Bol&Culture" was given to the TZ of the municipality of Bol, and other special awards were also given to the author Igor Goić for the film/video "Meet feel explore Zadar","Neretva valley of life", applicant Tourism "Villa Neretva" - Metković, "Grabske mlinice Trilj" TZ Grada Trilj, author Sanjin Badurina in personal production for the film "Rab island 'The other side' full of experience", the movie "Selca poetic beauty", TZ of the municipality of Selca, and two films of the TZ of the city of Kaštela - author Krunoslav Weinpert for the film "Riviera Kaštela - my destination”, and Željka Perdić for the film “Kaštela keepers of the birth certificate of the name Croat". 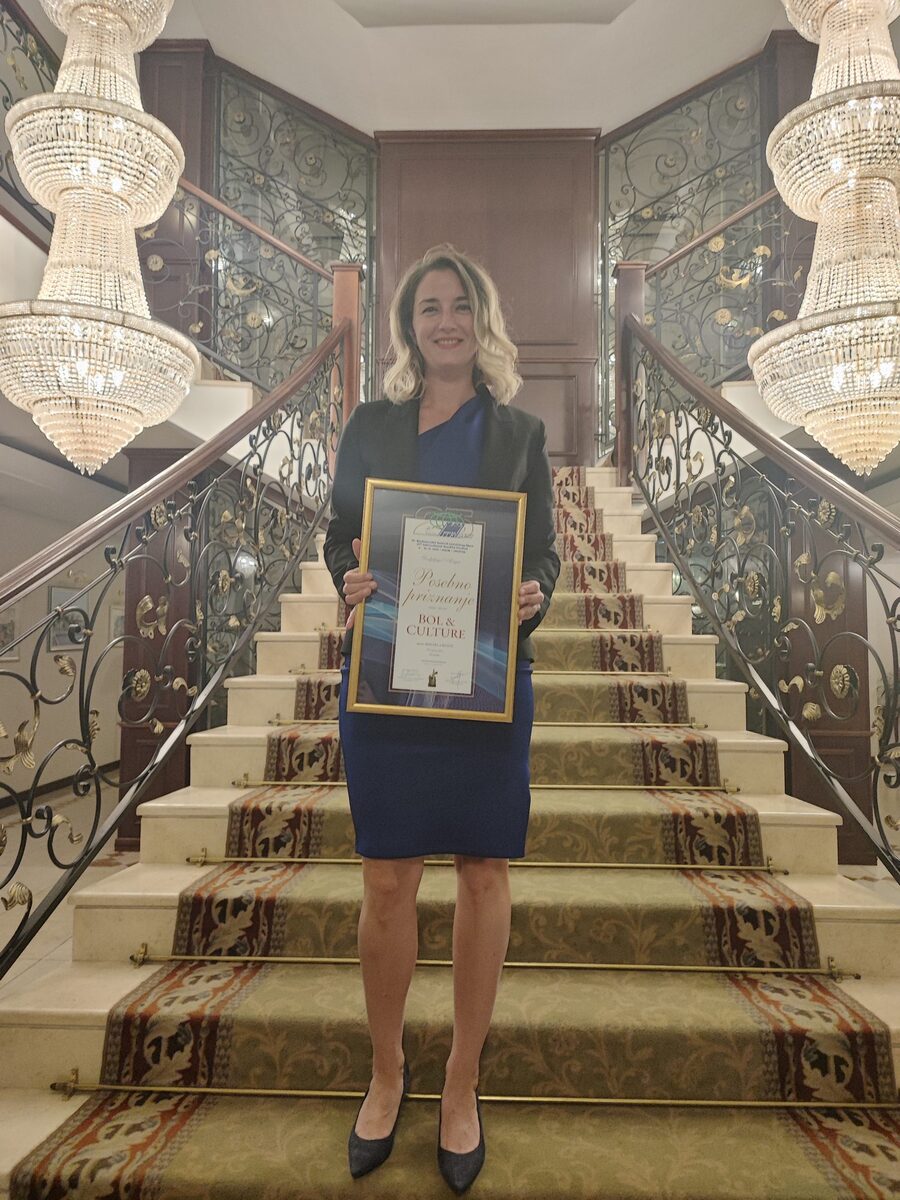 The tourist board of the municipality of Bol realized the award-winning films in cooperation with the production team DOKU FILMS, producer Mihaela Reščić and screenwriter Hana Klain, as part of the Our Bol stories campaign, which connects three attractive Bol locations and stories - the Dragon's Cave, the Dominican Monastery and the Branislav Dešković Gallery.

The tourist board of Bol is proud of its cultural heritage, and in the desire to preserve it, but also to present it to many interested parties, within the promotional campaign Naše Bolske piče, it created one of the Bol&Culture videos, which won the second award this year, and the sixth overall.

Cover photo: The city of Solin Iva Silla: There is no stopping - that is the rule in entrepreneurship and tourism as well The recovery of round trips is visible, but the results from 2019 are still unattainable Sustainable tourism at first hand: the recipe of the Carnic Alps