This is a concert organized on the occasion of the 30th anniversary of the recognition of the Republic of Croatia by the Federal Republic of Germany.

Festive concert "Croatia & Bavaria: Threads of friendship, united in tradition and classics" was held last night in the beautiful and magical atmosphere of the hall Hercules Sall u the Munich residence in front of almost 1300 visitors, who had the opportunity to enjoy famous opera and operetta arias by Croatian and German composers such as Wagner, Strauss, Beethoven, Lisinski, Zajc and Gotovac. It is about a concert organized on the occasion marking the 30th anniversary of the recognition of the Republic of Croatia by the Federal Republic of Germany and for the same number of years activities of the Croatian Tourist Board on the German market, and was also marked 50 years of work of the Permanent Croatian-Bavarian Commission.

The concert was attended by Kristjan Staničić, the director of the Croatian Tourist Board, who emphasized that Croatia and Germany have strong and friendly ties, which are particularly evident in tourism.

"Germany is our most important emitting market, which accounts for more than 25% of Croatia's overall tourism results. I am glad that the concert gathered such a large number of people, friends and fans of Croatia, which as a tourist destination is especially popular in Bavaria.", he said Stanicic, adding that German tourists have spent almost 7 million overnight stays in Croatia so far this year, which compared to the record-breaking 2019 represents an increase of as much as 11%. 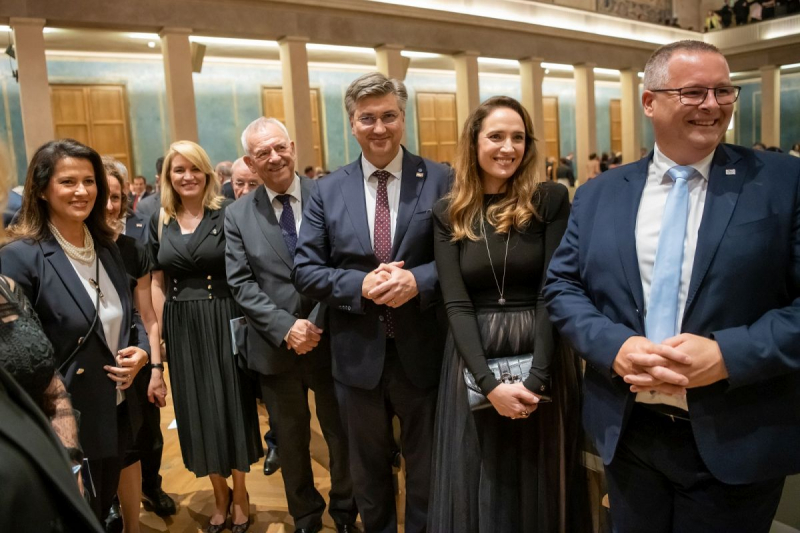 The main organizers of the festive concert are the Consulate General of the Republic of Croatia in Munich and the Croatian Tourist Board Branch in Munich with the support and cooperation of Bavarian Radio, the Bavarian State Office, the Ministry of Foreign and European Affairs and the Ministry of Culture and Media of the Republic of Croatia. German classical music greats were provided by the BR Münchner Rundfunk orchestra under the direction of maestro Ivan Repušić, and there was also the HRT choir and Croatian and German soloists Evelin Novak, Lavinia Women, Annika simple, Manual Gunther i Jealousy Puskarić. The program was moderated by a well-known Bavarian radio-television presenter Maximilian Maier.

"This concert represents the long-standing good cooperation and friendship between Croatia and Bavaria. Due to our strong ties, this kind of concert is possible. In addition to Croatian natural beauty, we also wanted to bring part of our rich cultural heritage to the Bavarian audience through top class classical music. With the great support of conductor Ivan Repušić and thanks to the excellent cooperation of Croatian institutions in Bavaria, we succeeded last night. We are very satisfied and happy with the numerous positive comments from the audience, and in this way we have drawn additional attention to Croatia in anticipation of the main summer part of the season, when we expect the largest number of Germans in our country.", she ordered Nera Milicic, head of the CNTB Office in Munich.

In addition to celebrating the above-mentioned anniversaries, this concert also had a humanitarian significance. Namely, all income from the concert will be directed to the Ukrainian embassy in Munich in support of collecting additional funds for aid to Ukraine.

"We are overjoyed that we marked important anniversaries in Croatian-Bavarian and Croatian-German relations with such a magnificent event. Our countries have a long-standing partnership and excellent friendly bilateral relations, which are firmly anchored in European values.", he said Vladimir Duvnjak, Consul General of the Republic of Croatia in Munich, emphasizing that the audience rewarded the performance of Croatian and German artists with a long standing ovation. Austrians spent more nights than in the whole of 2019. Will the German initiative change the way of buying airline tickets? Digitization is the 'antidote' to rising costs in the travel industry Croatia Airlines is replacing existing planes with Airbus A220 planes