ISTRAVIRGIN in Vodnjan attracts more than 20.000 visitors. This year, the festival is in a completely new guise

After 15 years of successfully holding the Day of Young Olive Oil, this prestigious event with a long tradition is undergoing rebranding this year.

Town of Vodnjan - Dignano this year from November 25 to 27 to host the 16th edition Days of young olive oil. The largest and most prestigious olive festival in Croatia and the region gets a completely new look this year - a new name, a new location and a rich innovative program.

This prestigious manifestation of a long tradition in a refreshed guise and a striking new name will gather thousands of visitors on the last weekend in November, who will have the opportunity to taste this autochthonous top product in the center of one of the most awarded olive growing regions in the world.

The festival will be held for the first time in the premises of the former imposing city school, which will bring to the event an element of Vodnjan tradition, but also modernity, and will become a place for business and private meetings in a pleasant and hospitable environment. 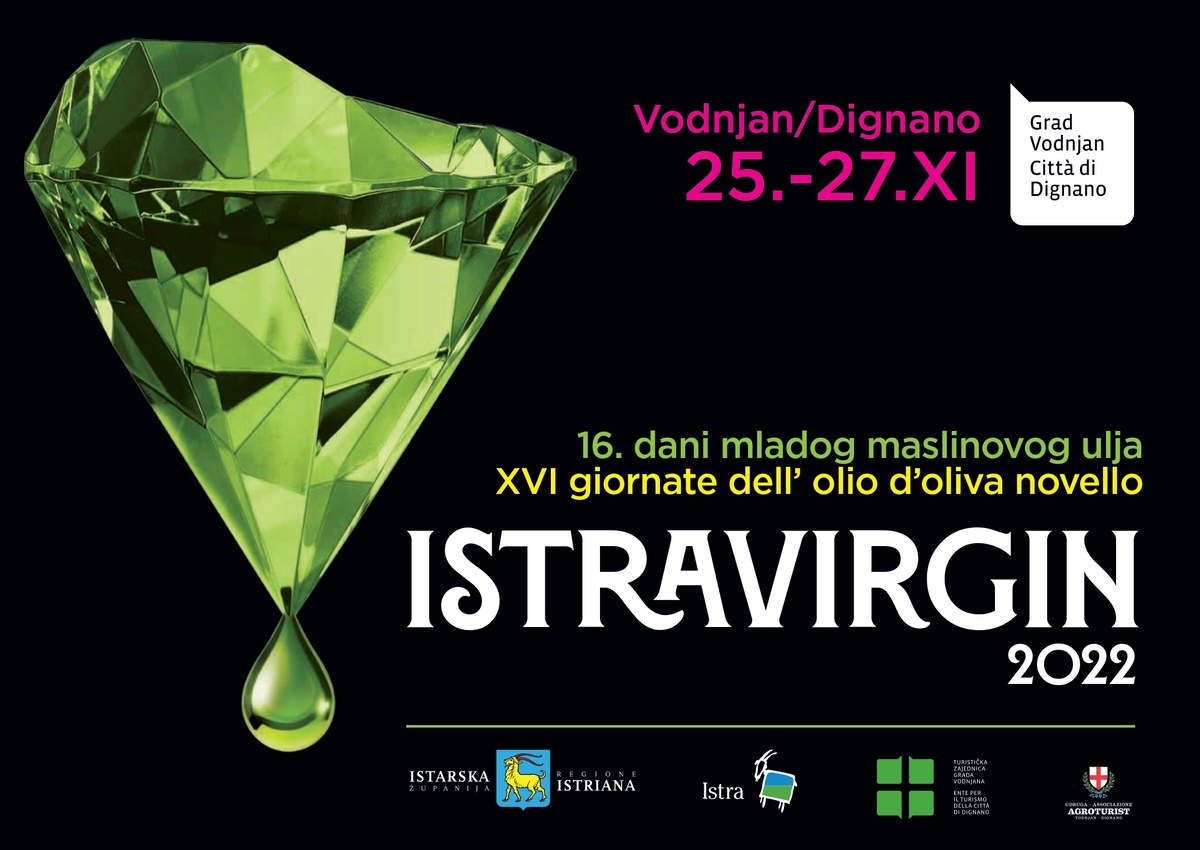 This year's ISTRAVIRGIN, the 16th days of young olive oil, will turn the town of Vodnjan into the center of the olive growing world, and a hit place for all olive growers, oil growers, gastronomic experts and lovers of liquid "green gold", which is one of the symbols of the Istrian peninsula and the Vodnjan region

"Istrian olive growers and oil producers have long confirmed the golden status of their extra virgin olive oil at the world level. With this year's edition of ISTRAVIRGIN - the day of young olive oil, we want to provide an opportunity for all of them to present and exhibit their products to numerous visitors, who we hereby invite to come to Vodnjan and enjoy in a varied program, as well as in the tasting of top-quality olive oils. In a completely unexpected and new environment, we want to offer oil growers, but also the general public, a unique opportunity to promote and taste top-quality products, and to enjoy the never-before-numerous contents of a festival with a long tradition in front of which the light future", He said Eddie Pastrovicchio, the mayor of Vodnjan.

This event was also recognized by visitors from neighboring countries, Slovenia, Italy and Austria, after systematic presentations, study trips and promotions organized by the Vodnjan Tourist Board in the years before the pandemic.

The event thus became a reason to come in November, which contributes to the filling of accommodation capacities and the extension of the tourist season, and the duration of the event passes through Vodnjan more than 20.000 visitors.

"Trends are dynamic, fluid, changing, and show that tourists are changing their habits, are active and informed, and above all want to be participants in the tourist story. In other words, the experience is important. Our olive growers, who offer visitors the experience of picking olives, have recognized this. the way they do it themselves: with joint work and spending time in the olive grove, and the inevitable brunch among the olive trees. The whole experience ends at the event where the fruit of the harvest can already be tasted combined with various foods through dishes prepared by the best chefs", she pointed out Morena Smoljan, director of the Vodnjan Tourist Board.

And after 15 years of successfully holding the Day of Young Olive Oil, this year's event is experiencing rebranding.

"Our key guiding thread is the professionalization of the event, but also its internationalization in the years ahead. We want to position ISTRAVIRGIN as the most prestigious event of this type in the entire region, but also on the global map when it comes to olive oil. Istrian olive oil is recognized on the global map as top quality, so it is logical that local olive growers and this region through this event have the opportunity to further position themselves and strengthen their position. With this year's edition, we want to offer numerous visitors exclusively young Istrian olive oils, and producers the opportunity to present their top quality oils immediately after harvesting at representative exhibition space that meets the highest standards of tasting. With the new name, which we believe will be recognized and accepted by the domestic and foreign audience, we want to convey that this event brings together the leading olive growers of Istria, as well as that Vodnjan and our region are at the very top of the category extra virgin olive oil", explained the head of the expert service of the Agroturist Association, Bernardina Barn Pastrovicchio. 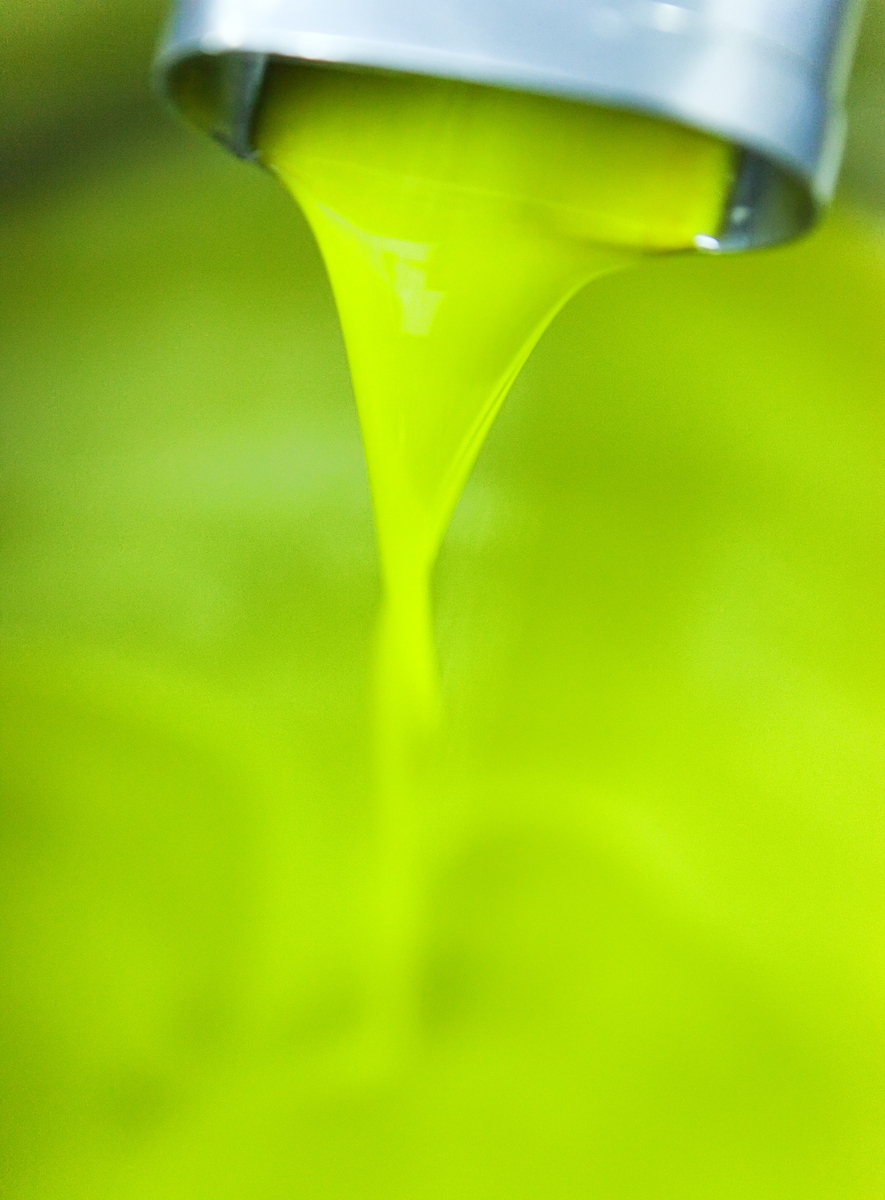 This year, the organizers are preparing numerous educational and entertainment activities, and visitors will also have access to other top gastronomic and eno products from Istria. The great novelty of this year's edition of the festival, which honors Istrian olive growers and oil growers recognized and awarded all over the world, will be a specially designed professional program.

"In addition to the traditional exhibition part of the event, which this time will be in a new and attractive location, this year's ISTRAVIRGIN will bring numerous innovations. The new location is a nearby, historically important and interesting facility that offers excellent conditions for exhibitors and all other event contents. In addition to the above, the novelty is the richest so far cooking show, which will be physically separated from the exhibition space itself and thus ensure complete pleasure when tasting the dishes and the olive oils of our dear exhibitors. On the first day of the event, before the official opening of the event, there will be business meetings between olive growers and the international gastronomy profession, the media, chefs, business people from the world of food and drink, healthy food", Hlevnjak Pastrovicchio announced.

Throughout all the days of the festival, superb chefs will through more culinary masterclasses intended for journalists, bloggers, oil producers and all visitors to discover the secrets of how premium extra virgin olive oil elevates gastronomy to a higher level.

Uz masterclass events, the real one will take place in the kitchen separated from the exhibition spaces cooking show, in which along with selected gastronomic experts, oil producers will also participate, who will show together that extra virgin olive oil is not just a seasoning for dishes, but a basic ingredient and the crowning glory of good traditional and contemporary cuisine.

"It is necessary to highlight that part of the program in which they will be held Masterclass education with renowned top chefs, who will prepare a sequence of dishes with different, carefully selected new olive oils in front of the guests and explain and compare the selected varieties and the intensity of the oils. With this, we want to further indicate the gastronomic value of olive oil, which is much more than a food product, worthy of representation in top cuisine around the world. There are also expert lectures and workshops on the topic of olive growing and olive oil, as well as specific topics, such as children's nutrition. We believe that all of the above will attract numerous exhibitors and visitors and that we will give young olive oil the attention it deserves.", clarified from the Association Agroturist Vodnjan.

ISTRAVIRGIN - the days of young olive oil this year will focus especially on local, Istrian oil mills, which will symbolically, by placing them in the central exhibition area, be the focus of the event.

"Visitors will - among other things - be welcomed by an open OIL BAR, which will contain all the olive oils presented at the event, as well as those from special guided tastings. One of the special features for all olive growers - who want it - is that they can bring their own oil to the OIL BAR and from expert tasters to get a professional opinion", said Bernardina Hlevnjak Pastrovicchio.

Mayor Edi Pastrovicchio invited olive growers and oil growers from all parts of Istria to join ISTRAVIRGIN in creating a unique global story and further strengthening the position of Istrian olive oil and the region at the world level.  "ISTRAVIRGIN is the central manifestation of the olive growing scene of Istria, which in turn is the world's top location for the production of extra virgin olive oil, which obliges us to work together on the promotion of this exceptional product and symbol of our region that deserves diamond status in every respect", Pastrovicchio pointed out.

The history of olive growing and oil production in the Vodnjan region goes back thousands of years, and the connection between the people of this region and olives is ancient and permanent. Therefore, presenting the oil as a product of painstaking work, a fascinating story of history and tradition is also told.

Morena Smoljan from TZG Vodnjan put it nicely: "Once upon a time, the old inhabitants of Vodnjan had the custom of starting every morning with a glass of olive oil drunk on an empty stomach, which preserved their health and created an unbreakable bond woven into the generations of the inhabitants of Vodnjan from their birth to their death. Namely, olive oil was present in the sacrament of baptism, then during the anointing of the sick , and during priestly ordinations and in the rites of consecration of churches and altars. In addition to protecting their health, olive oil was also used for care. The modern era has brought additional numerous possibilities for the use of olive oil in health, care and gastronomy, so we can freely say that olive oil goes into just about everything." Vukovar is an increasingly attractive destination GlobalData: The volume of business transactions in the travel and tourism sector in 2022 records a decline Interest in staying in vacation homes has doubled in Zagreb County