After creating about 100 murals that beautify the vision of Zagreb, HŽPP in cooperation with street art artist Boris Baret and the Tourist Board...

After creating about 100 murals that beautify the vision of Zagreb, HŽPP, in cooperation with street art artist Boris Baret and the Tourist Board of the City of Zagreb, decided to use the train as a canvas on which artists can express their creativity, and the train becomes a work of art.

The cooperation between HŽPP and TZ of the city of Zagreb is reflected in various segments of the promotion of Zagreb as a destination, cultural events and creative projects, and on this occasion it continued through the painting of a train with motifs from the late seventies and eighties, reports the portal. TuristichePriče.hr,

That period was marked by rebellious music, the club concert scene and street art that served as media for young people to send strong messages. Music was listened to on gramophones and tape recorders, and the appearance of the walkman was recorded in those years. In addition, as indispensable elements of that time, fico and wallpaper are shown. When creating the mural, elements recognizable for that time were used, with a focus on passengers listening to music, reading or looking out the window. 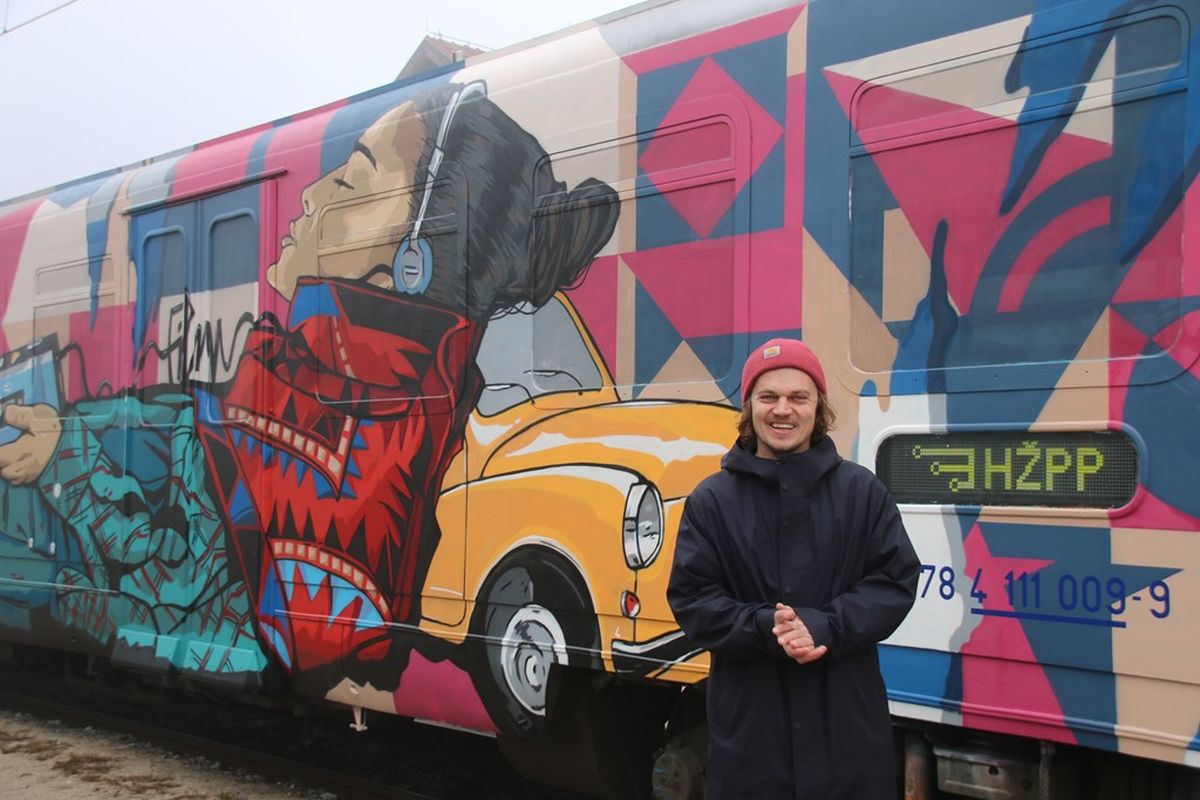 The painting of the train lasted 11 days, and it was created by Boris Bare, a street art artist who, through his works, made a name for himself as a muralist in major cities.

This is one of my favorite projects - painting almost 11 square meters of a train in 400 days is not a small thing, it is a big deal for me and my dear colleague Marija Kunštek, pointed out Boris Bare and added that considering that the train series 6111 was produced since 1976 . until 1979, so during that time he was looking for inspiration for the mural itself.

"Novi wave is the music I love; on the one hand, Azra's text 'When Zagreb emerges from the dream', and on the other, Prljavo kazalište 'Zagreb te te'. With a background that I imagined as old wallpaper with a pattern from those years, on each side I am still fitted in two passengers who are traveling by train in a lying position; one is photographing passers-by with a camera on film, while the other is enjoying the Polet magazine and listening to music on the Walkman. I hope that this traveling exhibition of mine will be accessible to everyone and cheer up citizens wherever the train passes." Bare concluded.

The painted train runs in the city-suburban transport of the City of Zagreb and on routes to Sisak, Ogulin and Vinkovci. 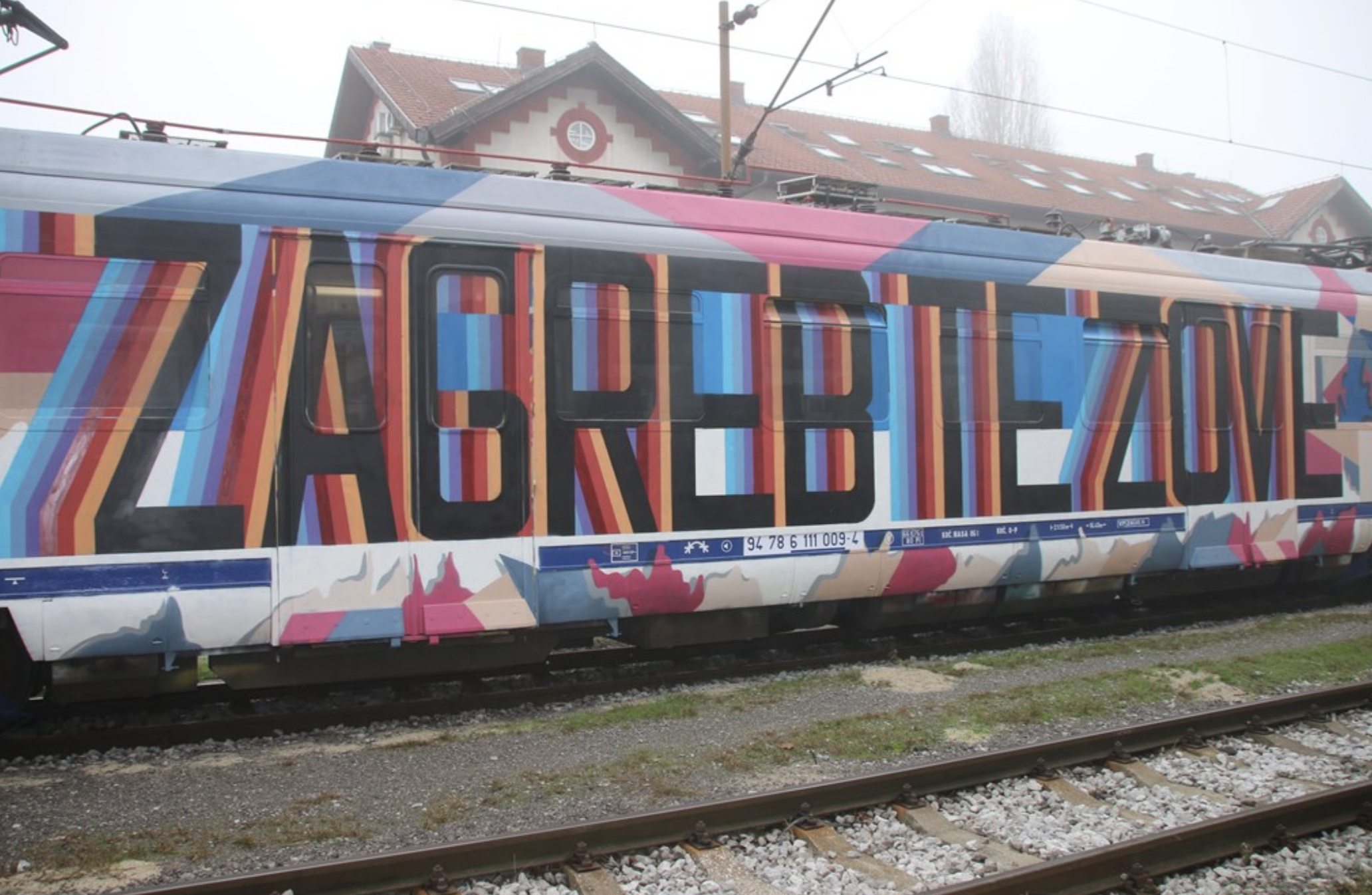 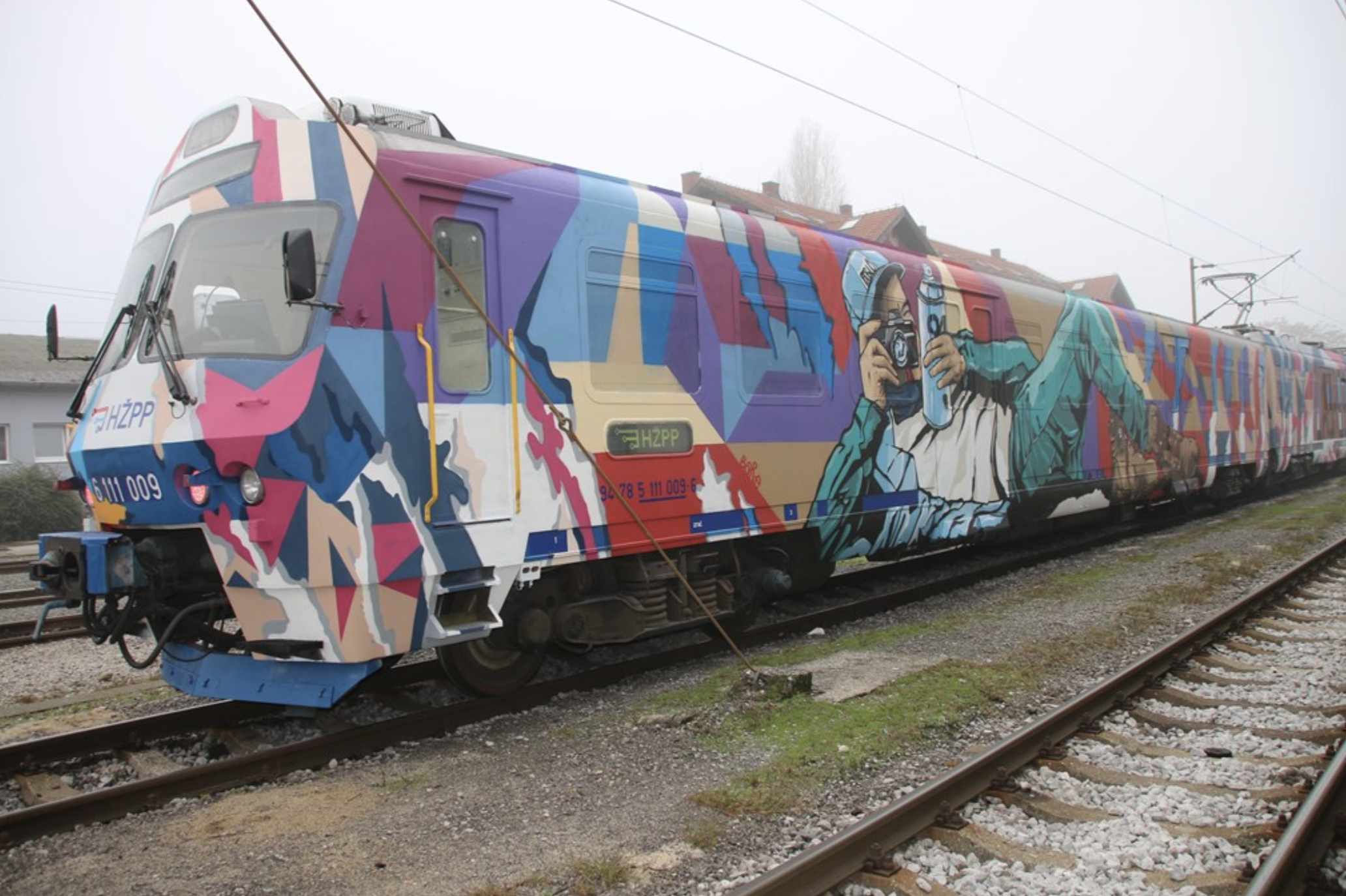 Zagreb received a new souvenir with an artistic signature Zagreb is well perceived in the world of digital nomads, research proves that