This year, visitors to Pag can expect a very rich offer of active tourism. Pag Summer Outdoor is an excellent story that started only two years ago, attracted great interest and positioned the island of Pag as the best outdoor destination in Croatia.

At a time when COVID-19 has greatly influenced many events in Croatia and around the world, the vast majority of tourists turned to outdoor activities. The open supply became a "sought-after commodity" and was least affected by a number of restrictions.

The concept of active weeks with the offer of various sports-recreational and active contents has been further enriched this year, which is probably the best indicator that this is a project that has been well received by both hosts and numerous guests.

Hiking, trail, sup, kayak, cycling ... are some of the contents that can be consumed as part of this year's Pag Summer Outdoor program. It should be emphasized that the whole story includes licensed guides and trainers whose experience further contributes to the experience of the participants, as well as the local tourist DMC agency. 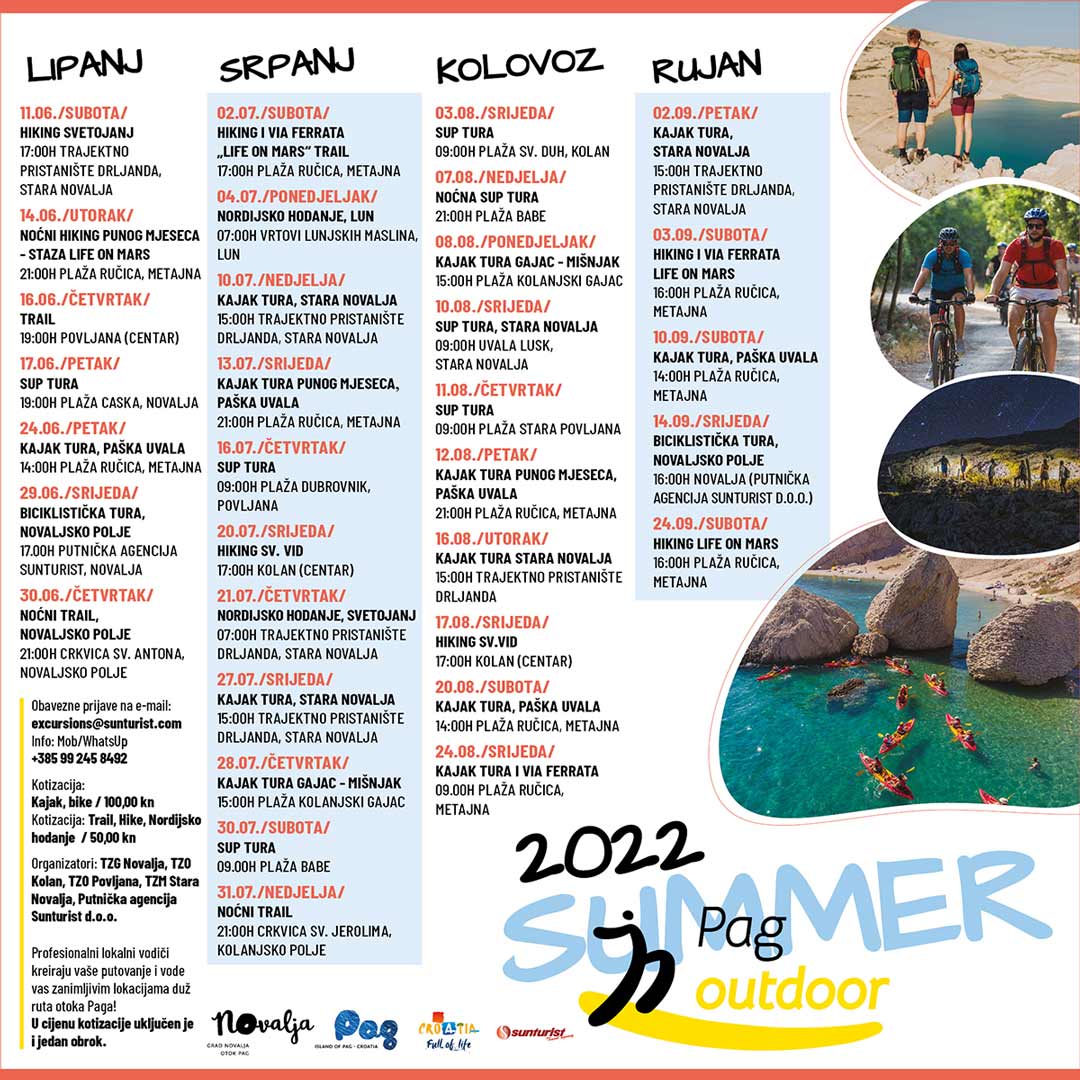 After they last and the year before last activities held during July and August of this, for the first time, the program began as early as the first half of June and will end in late September. Thus, the event itself has outgrown its initial framework, and since Pag Outdoor Weekend-and became Pag Summer Outdoor or an outdoor program for four months.

They are in total four months of maintenance announced even 33 activities, therefore more than eight per month, which we believe will satisfy every fan of active tourism. It is important to emphasize once again that this is not a one-time event that lasts a day or three, but a program over four months.

But this whole story would hardly have been possible if it had not existed from day one synergy of tourist boards on the island of Pag. The cooperation between the tourist boards of Novalja, Pag, Kolan, Povljana and Stara Novalja, and the partners Run Croatia and the Kissa Association continued after the initial success, and the local DMC agency and Travel Agency Sunturist, which sells packages and active experiences, is involved in the whole story.

It should be emphasized that the active content is not only intended for advanced users but is adapted to all generations, which is certainly the reason why this project has experienced such success. We often forget that in the context of the development of sports tourism we need to focus on quantity / mass, which means programs that are not intended for families, ie all generations.

To this should be added the unique environment of Pag's nature, which with its diversity attracts fans of outdoor activities. 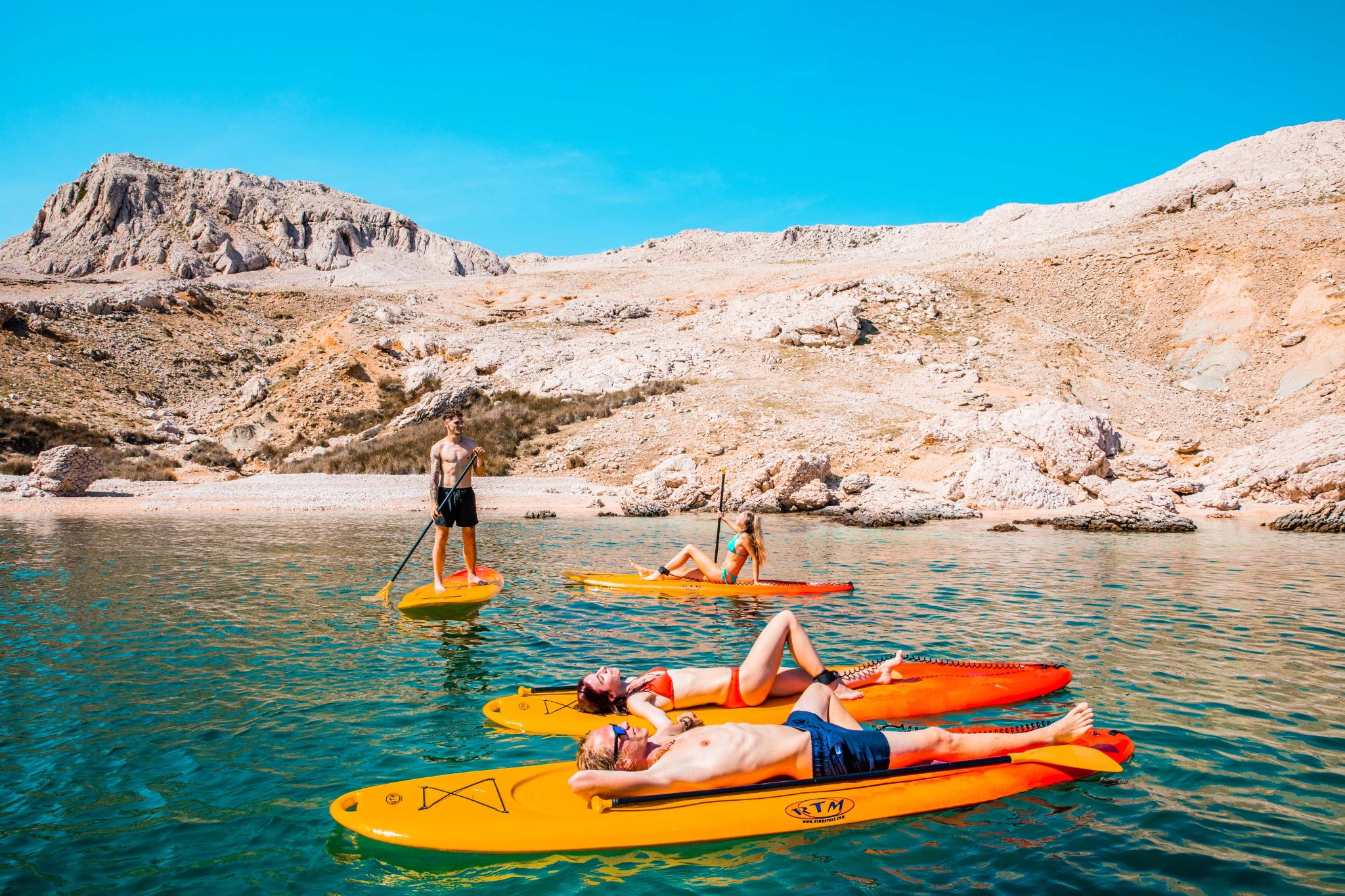 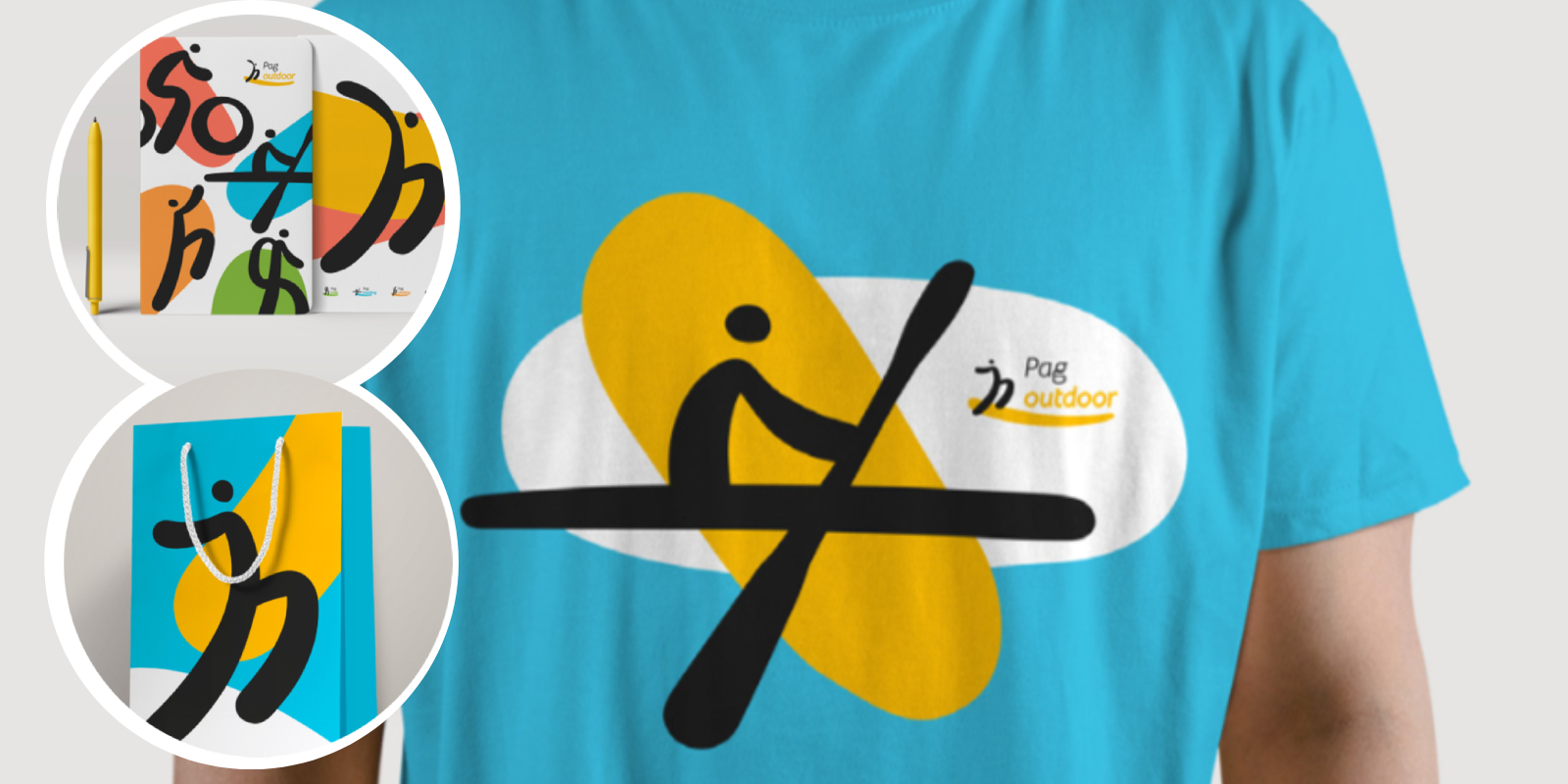 But let's go back to this year's edition of Pag Summer Outdoor, which again offers many outdoor activities: hiking, Nordic walking, cycling or kayaking. It's a program started June 10th in Stara Novalja, and will end on September 24 in Metajna.

As a reminder, as part of the development of the project, guides for active tourism were educated, guidelines for the development of bikes and trail trails were defined, and visual identity Pag Outdoor, Pag Bike & Bed certificates were awarded to renters who specialize in the reception of cyclists, as well as a website that unites the outdoor story island of Pag - www.pag-outdoor.com

This prolongs the tourist season, especially in a year in which all or most measures have been repealed in most European countries. Active or outdoor tourism has finally flourished, and the demand for it will only grow.

Active vacation with a great gastro scene, excellent accommodation, indigenous stories such as Pag cheese, lamb, plant diversity of the island of Pag, Zrce through festival tourism, Moon Island, etc.… makes this attractive, authentic and dynamic destination that completes all elements into one top and a recognizable tourist product. Activation of the blue highway: Three islands in three days by scooter Via Apsyrtides “revived” and brought together the best European trail runners The new Labor Act introduces a definition of seasonal work Passengers for round trips pay more, but also travel longer