Dalmatian brunch as a tourist product? Absolutely, that is the tourism we must strive for

The key word is the Dalmatian way of life. This is what tourists want to experience.

During the last two years, it has been constantly emphasized that now is the opportunity to redefine tourism and move away from excessive tourism, and as we know, UNWTO has had "Restart Tourism" as its official narrative for the last two years. But unfortunately in Croatia we have not yet seen that "some" new beginning, idea, vision and desire for change.

But in Split-Dalmatinska precisely through the prism "restart" they started a tourist story that is well worth sharing and everyone's support.

For the purposes of this article, take your time to watch this short video, which shows the way and culture of living in Dalmatia in the best possible way. Before that, imagine what you associate when you associate food or gastronomy with France or Italy?

I personally got goosebumps. Wow, I want to experience that. Local atmosphere, people, fresh local food, music, a glass of excellent wine... So spontaneous, powerful, natural. A real treat.

Dalmatian way of life that is so tempting and pulls me to be a part of this society that is presented in the video. Especially in today's modern life where we don't have time for ourselves, let alone for society. Enjoying life, at least during that half hour of lunch.

Let's go back to the roots, quality, not mass, sustainable, man in the middle of the story, experience, authentic - all this is part of the project of branding Dalmatian brunch as a new tourist product.

I constantly point out that authenticity is the very essence of tourism and that tourists travel to meet and experience a new way of life and culture. As in our offer, we must be who we are, not copies, and be part of the standard global offer.

That's it. It is precisely this experience that tourists want to experience, it must be one of our main tourist products. 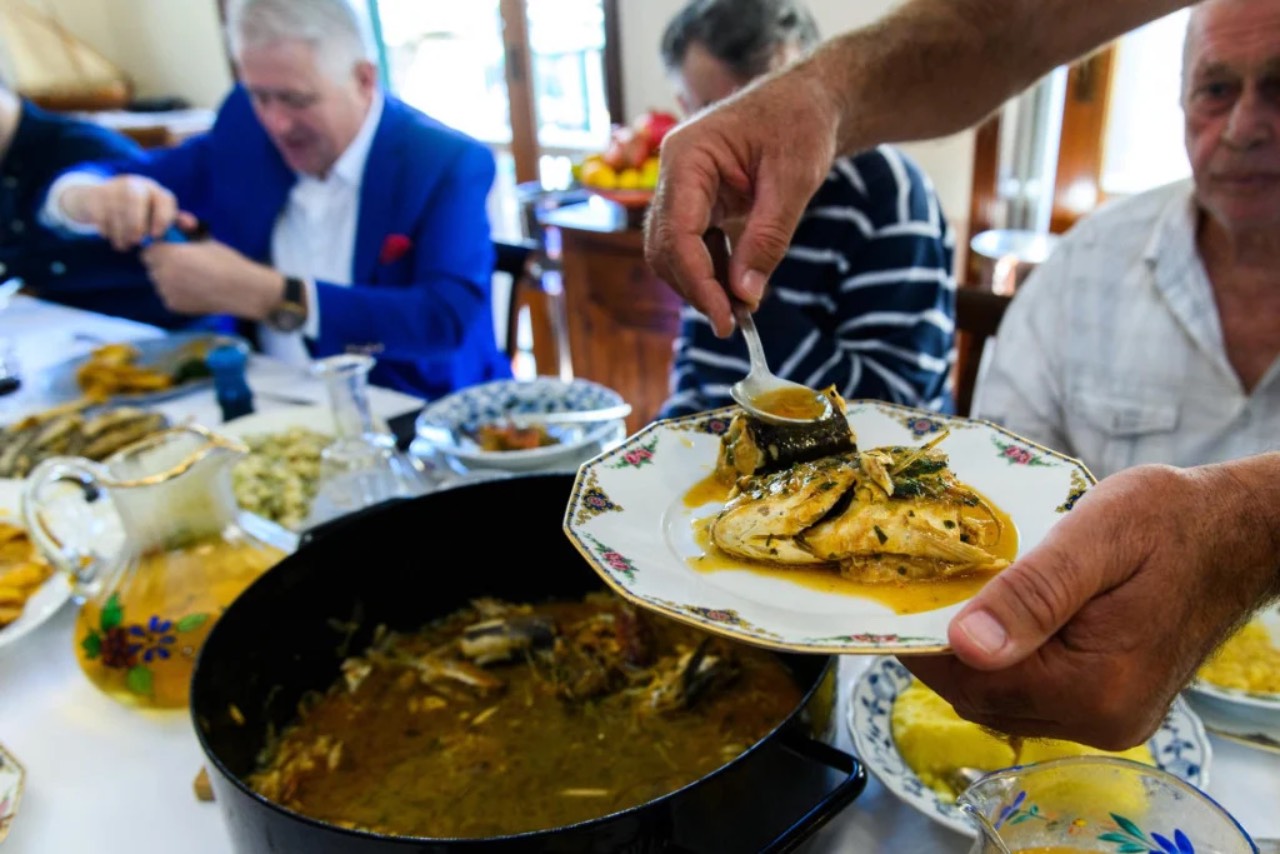 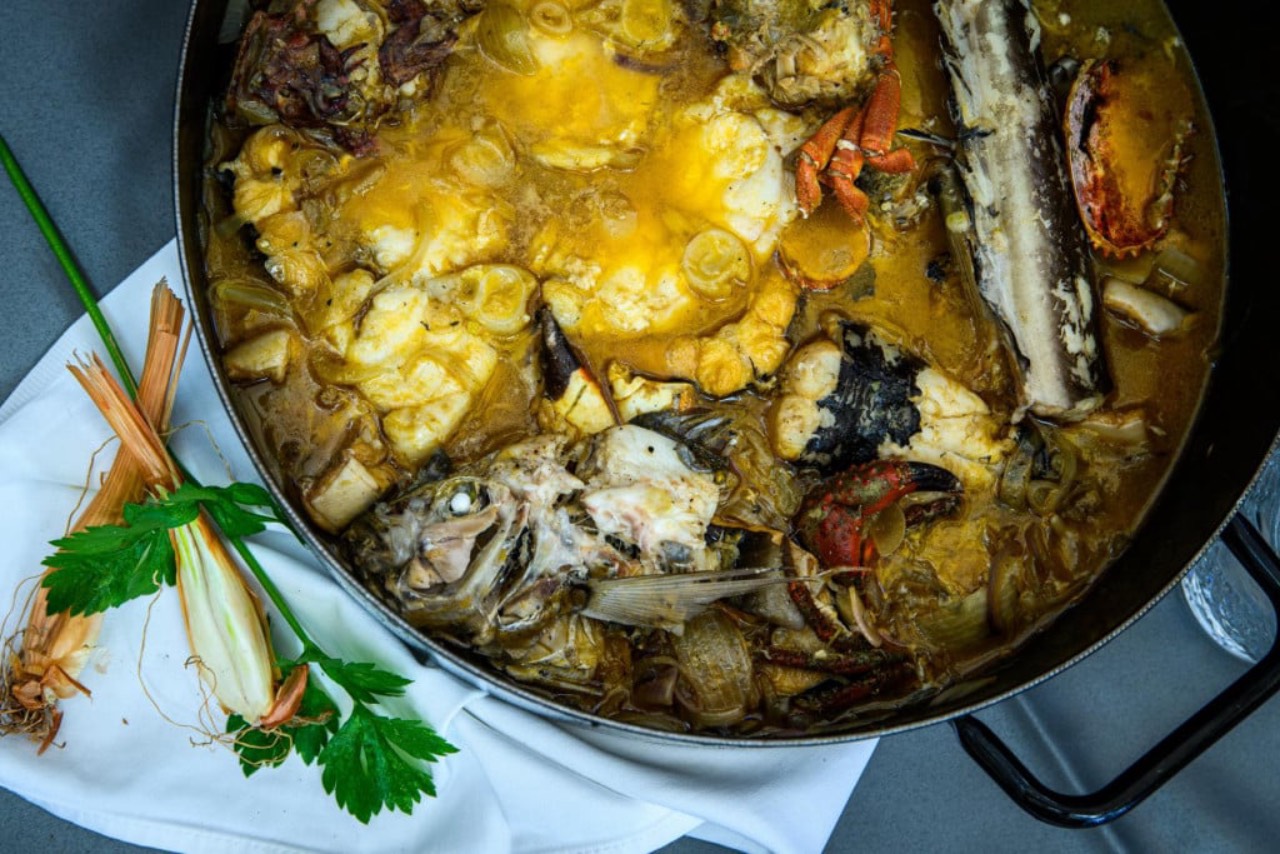 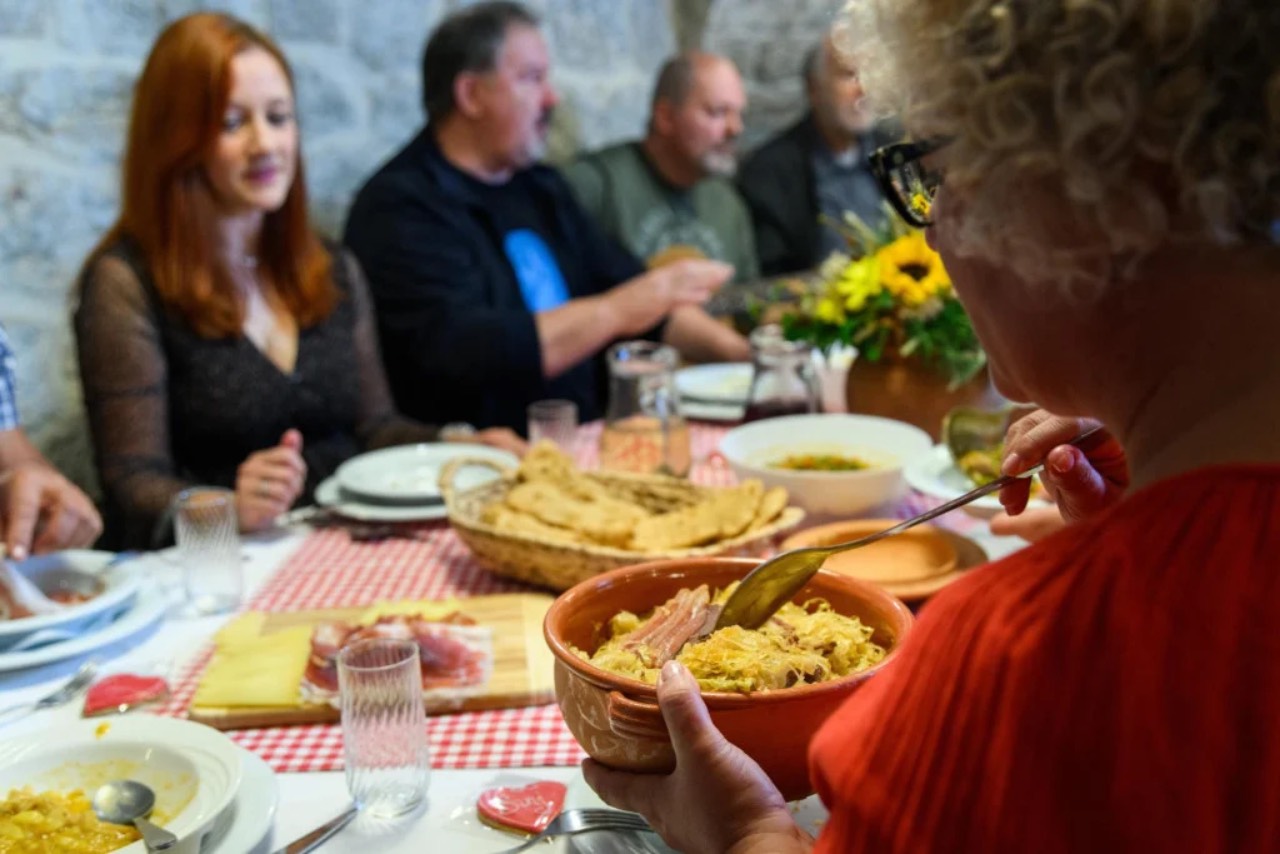 Guided by the fact that quality tourism does not and must not come at the expense of the quality of life, Ivana Vladović the director of the Split-Dalmatia County Tourist Board is making a big step towards self-sustainable tourism, connecting restaurants and OPG, and above all, promoting the authentic offer. The way it should have always been, but in our tourism development we have lost ourselves.

If I say that one of the associations for the "Dalmatian way of life" is the Dalmatian brunch, I'm sure we'll all agree. It also affects the Dalmatian identity, the way and culture of living, which we should not be ashamed of. On the contrary, it should be at the heart of our tourist product.

"We are launching the project "Dalmatian Brunch". This is how we promote our way of life through what is most important to us, which is family, socializing and food. Brunch is all that." expires Ivana Vladovic, director of the TZ Split-Dalmatia County.

Simple, logical and natural. But also a big challenge. The question is whether the Dalmatian brunch culture is still alive among the local population? How to revive it and turn it into a tourist product? How to connect restaurants and OPGs in Split-Dalmatia County?

Big challenges, but everything starts with the first brave step forward. And that's why great support for this project. A project that should have long been an integral part of the tourist experience of every tourist, both domestic and foreign.

What is brunch anyway? Mostly a hot meal before lunch, eaten from 11 am to 12 pm, a meal that is not eaten alone, but with company.

We call it the first morning "brief" states Vladovic and adds that the point is to socialize, that you don't eat brunch alone, that you eat it in a good mood, that you have someone to share all your joys and dilemmas with. "It actually best represents our way of life and everything Dalmatia is." emphasizes Vladović.

The key word is the Dalmatian way of life. This is what tourists want to experience. 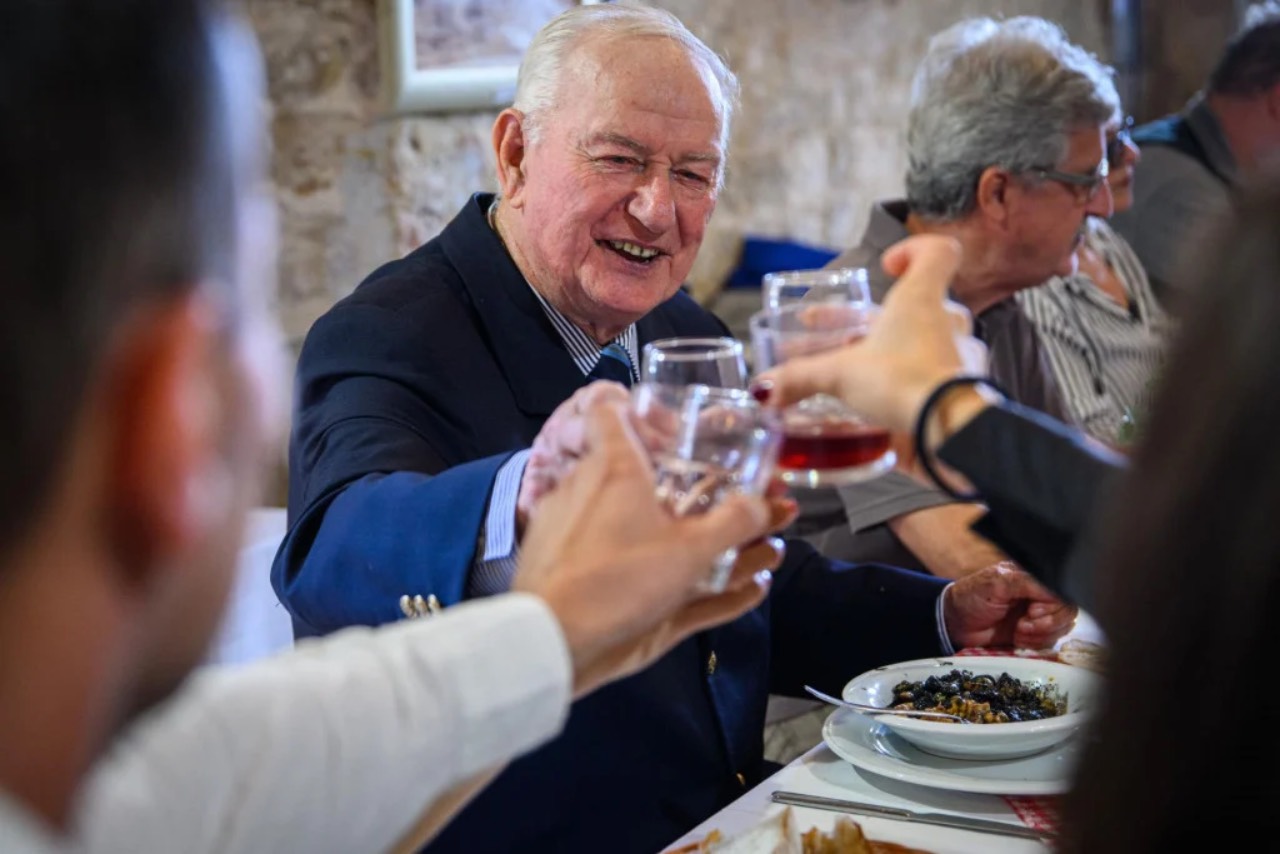 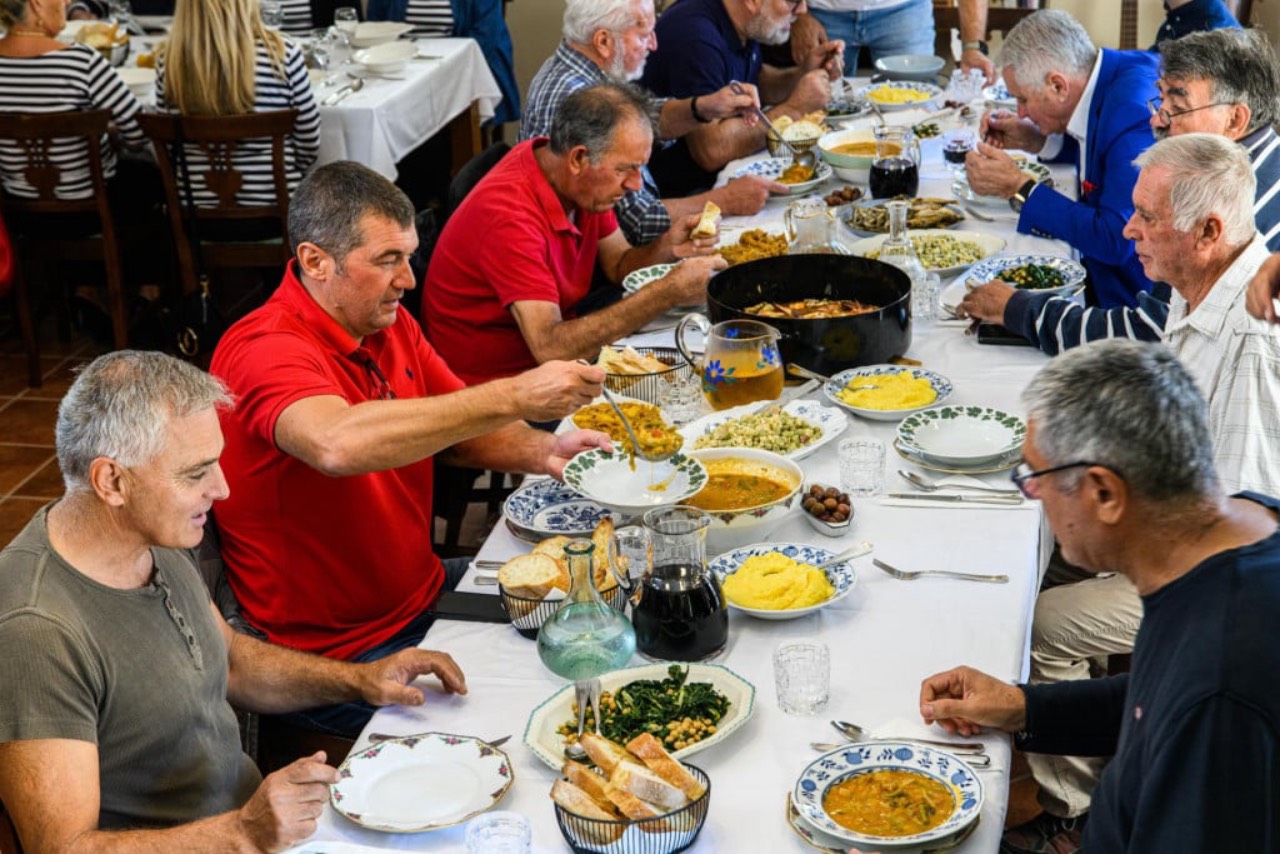 The project also has a much wider dimension. There is also the issue of sustainable through the connection of OPG and restaurants, short supply chains and "returning" the Dalmatian identity that somehow got lost in modern development and lifestyle.

"Our goal is to popularize the whole story so that people, when they are in Dalmatia, would want to go for brunch. It is a simple and reasonably priced meal and is served between 11 and 12. Brunch is important because it unites Dalmatia. Brunch is also in Dalmatinska Zagori, on the island, as well as in the big and small mist. It is something that binds us.", says Vladović.

The project is in the process of development, according to the director, but it is important that people start talking about the whole project slowly, so that as many stakeholders as possible are included in it, that the local population accepts it and that the whole story slowly rolls out.

"We invite all restaurants and OPGs to get involved in this project, and a good number of them have already responded. The project is only in the initial phase of development and this year we will work on its implementation and promotion. We invite everyone to send us their recipes, your photos, to jointly create a cookbook "Dalmatian brunch", translate it into several languages ​​and offer it to tourists", says the first woman of the Dalmatian TZ.

Vidović emphasizes that Dalmatians live like that, they just don't know how to show it. "We always want to give the tourists who come to us their home, instead of giving them our own home, our way of life. We have to return to our authenticity. Also, brunches are meals that are seasonal, because we cook dishes that just came to fruition at that time If it's cabbage time, cabbage dishes are made, if it's lamb time, then lamb is prepared. Lamb is not made in December, but in the spring when it's at its best. What's indigenous is prepared. It's a sustainable story." Vladović makes an excellent point.

It's not even breakfast, it's not even lunch, but pleasure and joy, the need to socialize, extra strength after hard work.

"Dalmatia lives well, we like to eat well, it's never too many meals, it's a meal that fits on one plate and is followed by a glass of soft drink, not a liter of wine. The theory of life in Dalmatia is always fine, good and homemade. We'd rather drink a glass of good wine, rather than a liter of bad wine", points out Vladović and explains the essence of the whole story in an excellent, simple way.

Finally, the most important thing is how to connect all this with restaurants, OPGs, short supply chains and present it as a tourist product. It is important to emphasize that the most important thing is that the brunch is "revitalized" by the local population. First, the story becomes sustainable, i.e., an integral part of the day of most Dalmatians, and then tourists will also adopt the local way of life and culture. We are ambassadors and key in the whole story. The story must be alive, to be received, and not a theatrical performance for tourists. 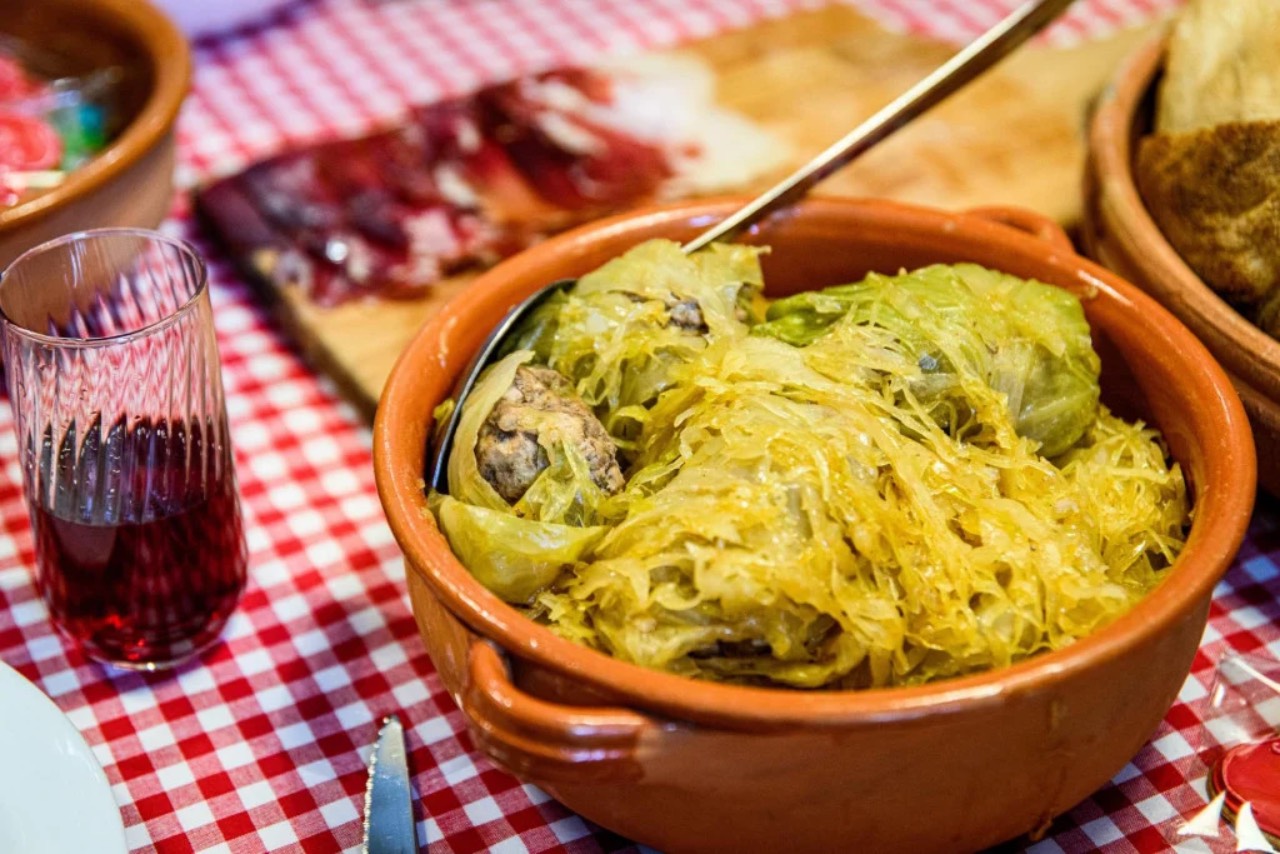 Finally, the fact that it is not just words and that TZ is thinking very well is evidenced by the fact that starting in the spring, Croatia Airlines planes will serve passengers a Dalmatian brunch as a well-rounded project. The first such project was introduced last year by Croatia Airlines through "Tastes of Slavonia", where passengers are served a Slavonian meal on all flights.

"Apart from cooperation with Croatia Airlines, we will present the whole story at foreign fairs. We want to brand the Dalmatian brunch through an integral part of b2b meetings. So we will invite partners to a Dalmatian brunch at our fair, because we talk about business at the table, and now we will do it and with brunch", pointed out Vladović.

As always, everything is up to us, including the success of this project. Pick it up, go to brunch, bring your guests, tell them the story of how "now" is brunch time, how it is part of your culture of living. Restaurants get involved, as well as OPGs. Cities and counties encourage.

This is the story we must strive for. Authentic - we are what we are, no one can take that from us, copy it, and that is exactly our differentiation on the market.

"Our way of life, our wine, our greenery, the smell of our land. This is exactly what we want to offer our guests," concludes Vladović.

Homemade food, company, wine, letters... It can't get any better. This is the tourism we must strive for. 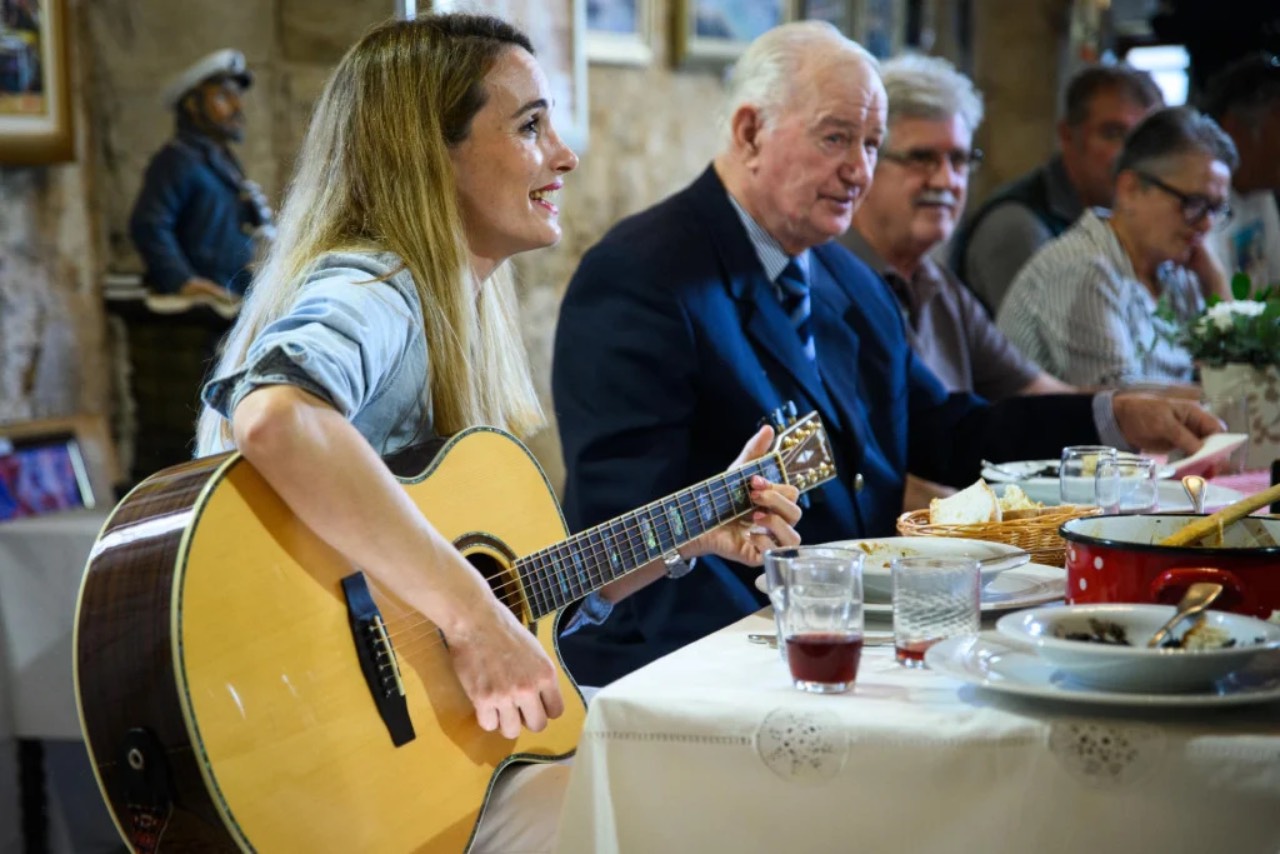 This year, the Split-Dalmatia County is UHPA's recommended destination In the Split-Dalmatia County, close to pre-pandemic tourism results